You are here: Home / Success stories 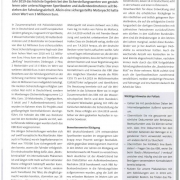 The four investigators from the competence center for boat crime Ba

Den-Württemberg (KBK) at the Konstanz waterway police station, which is affiliated with the Göppingen Police Headquarters, reported the highest result for the recovery values ​​of stolen or misappropriated sports boats and outboard motors since the search unit came into existence. One motor yacht seized alone was worth 3 million euros.

In cooperation with police services in Germany and twelve European countries, it was possible to manufacture a total of 21 pleasure craft, 3 personal watercraft (jet skis), 99 outboard motors and 15 boat trailers with a total value of over 6.2 million euros. This security amount is still higher than the high level of 2018 of 5.1 million euros. In addition came from the investigators as

Stolen goods labeled “bycatch”: 2 cars, 2 motorcycles and 13 e-bikes worth a further 160,000 euros. In the 19 years of its existence, the investigation unit has played a key role in securing maritime assets of over 42 million euros For the first time, most of the manufacturing operations were not in Germany, but in Montenegro.

3 jet skis and 7 outboard motors). Two large-scale control actions were carried out there as part of an EU project. A KBK investigator from Constance was on site for the controls, and the KBK office carried out further clarifications.

The remaining products are spread over twelve European neighboring countries. But the investigators were also successful in Thailand, where a sailing catamaran worth 770,000 euros was seized. Impressive proof that “boat crime” is an international phenomenon and has long since ceased to be successfully combated on a purely national level. Germany is not only a crime scene, but also a transit country. The perpetrators who are arrested came from 16 nations – mostly from Eastern Europe.

Motor yacht with a current value of 3 million euros was in the port of Palma de M all orca. On April 3rd, 2019 she left the port with a foreign crew and initially an unknown destination. The fact that a theft had occurred was only found out on April 7, 2019, when the German owner wanted to visit his yacht. Information was quickly available that gave rise to the suspicion that the yacht, with a changed name and new registration, had passed the Corinth Canal. The PRIN CESS 75 was tracked down and identified on April 9, 2019 in the Mediterranean port of Güllük / Turkey via a contact person and information from KBK about the possible location. The crew prepared to continue to the Black Sea. In close cooperation between KBK, Wassersc hut Zpoli zei Berlin and the Federal Office of Ministers, Wiesbaden, the yacht was secured with the help of the Turkish authorities. This took place on April 10, 2019 immediately before the planned departure into Russian waters.

With 179 stolen sports boats across Germany, almost nine percent fewer boat thefts were registered last year than in 2018. This means that there has been a decline of a remarkable 40 percent in the last four years. The downward trend in theft of outboard motors is even clearer. After 988 outboard engines were added to the wanted lists nationwide in 2018, the number of newly recorded engines fell by almost 20 percent to 795 last year, and thus by 45 percent in the last three years. In Baden-Württemberg, the low level of the two previous years with seven boats and 32 engines is more or less confirmed. The Lake Constance area was only slightly affected by thefts in 2019. The countries bordering Lake Constance recorded only three stolen boats in Switzerland and 23 outboard motors, 14 of them in Germany, eight in Switzerland and one in Austria.

Responsible for this development are the considerable declines in the northern and eastern federal states, which are probably due to the successful investigative work of the local authorities with numerous arrests. In the southern federal states, the changes in the last three years have been marginal, although these federal states have always had significantly fewer thefts. The growing number of controls in the country could also have put off after more and more investigative services trained by the KBK are targeting “boat crime” Vehicles and thereby complicate the work of the perpetrators.

Important information from the police:

– Be extremely sparing with your personal data when using the Internet.

– Never send scanned personal documents such as passports, boat certificates, etc. You can be sure that your documents will be used in some form or other to deceive others when the fraudsters take action!

– NEVER submit your bank details! – Ask KBK if you are unsure when buying or selling a boat or motor. Often the contact details used by the fraudsters are already known.

Take advantage of our poster campaign with images of boats that were used in 2019. You can find the poster on the website of the Ba den-Württemberg police. ht t ps: // prae vent ion.polizei-bw .de / w p- cont ent / uploads / sites / 20/2016/10 / plakat_ge stolen_boote.pdf 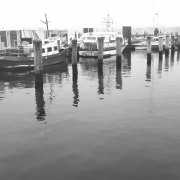